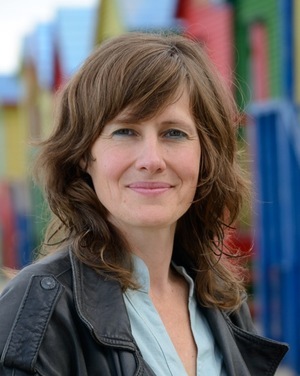 Your writing classes helped me to move from being a multiple rejectee to an internationally published author (fourteen languages, twenty-one publishers to be precise).

Okay, I know this might sound like one of those cheesy diet-pill adverts, but it’s the truth.

Last week, the second book in my cozy crime series, The Satanic Mechanic (A Tannie Maria Mystery) was released in the USA by Ecco an imprint of HarperCollins. It received a starred review in the Publishers Weekly with words of praise including ‘sublime’ and ‘luminous sentences.’

I had sent manuscripts to hundreds of agents but was getting nowhere. I then started working on a crime novel (Recipes for Love and Murder. A Tannie Maria Mystery) with a plump fifty-something agony aunt as my amateur sleuth. I really wanted to make writing my career, not just a hobby. After I’d written some chapters, I signed up with Gotham’s online Mystery Writers course.

I live on a nature reserve in the Klein Karoo, South Africa (close to the small town of Ladismith where my book is set) and internet reception is tricky. So I had to travel some distance up a hill to download the Gotham lessons. It was an office with the best view—hills and mountains that go on forever. It sometimes got very hot up there, and I’d have to wrap my head in a wet cloth to stay conscious. It was wonderful to link with all those writers from around the world. Giraffe and kudu would stroll by while I was online, which added to my sense of having exotic classmates.

The course covered a whole range of aspects of writing, from plotting to finding a publisher/agent. The most useful aspect for me was the direct feedback on my writing. Our teacher was Carole Buggé, and she was just fantastic. Her comments on my work were always considered and insightful.

The responses from the other students were also helpful, as they were my ‘test audience’. I realized that people are very specific about the kind of mystery books they like. There was no use trying to please everyone, but I could try and write as well as possible in my own genre. Carole taught me the term ‘cozy’ crime, into which my book could be categorized. (Though it is also a ‘culinary’ crime, romance, and has darker undertones than your usual cozy novels).

When I had finished my novel (and polished it a few times), I posted it to two published authors for feedback. The first response I received sent me to my bed in tears. The author in a nutshell had said, ‘Nice try, but it’s not a viable book.’ That had been my best effort; if it hadn’t worked, I felt I had no hope.

Two days later I got a response from Carole, which said, ‘Sally, I think you’ve got it! I love it. This has a very high chance of being published.’ She also gave detailed feedback and made constructive suggestions for changes. For example, she said that Tannie (‘Auntie’) Maria talking to her food was okay, but the food talking back was not.

She also helped me tailor Recipes for Love and Murder for a US audience. She advised me to cut the number of Afrikaans words I used, and to ensure translations are given right away (as well as in a Glossary at the back). She asked for some more basic background about South Africa, which resulted in me adding a whole chapter near the beginning of the book in which Tannie Maria mourns the death of Nelson Mandela.

I sent the book to a few agents who rejected it, but Carole’s support was so encouraging (and I was having such fun writing) that I started on book two in the Tannie Maria series: The Satanic Mechanic. When I was well into a first draft of this second book, I found an agent: the amazing Isobel Dixon of Blake Friedmann Literary Agency (BFLA). That night I lay in bed, the moonlight streaming through my window, listening to the trilling song of the fiery-necked nightjar, my own heart singing with joy.

The timing was excellent, it was just before the Frankfurt Book Fair and everything happened very fast. Publishers were competing for the manuscript. BFLA made deals for the first two books in the Tannie Maria series (Recipes for Love and Murder and The Satanic Mechanic). In Germany, there were eight publishers who wanted the rights. One night, I sat on the phone interviewing a number of publishers from New York. I was choosing them.

I now have twenty-one publishers (in fourteen languages) across the world. Recipes for Love and Murder was acclaimed by the Wall Street Journal, Kirkus Reviews and O. Magazine. In South Africa it won the Nielsen Bookseller’s Choice award. My little writer’s brain (accustomed to supplication and rejection) finds it all very hard to grasp. It still feels like a dream.

Thanks for hearing me. It is not often I get invited to ‘boast’. Although I confess I feel uncomfortable doing so, I did want you to appreciate what you have helped create. I also wanted to inspire other aspirant writers. It is possible for an unknown author to get taken on by major publishers. Don’t give up. Write what you love. But be aware of what publishers need too.

Thank you so much to Gotham and to Carole Buggé for starting me on this incredible journey. I hope we meet up when I visit New York.